How Much Do Camgirls Make? – A Guide to Camming Logistics 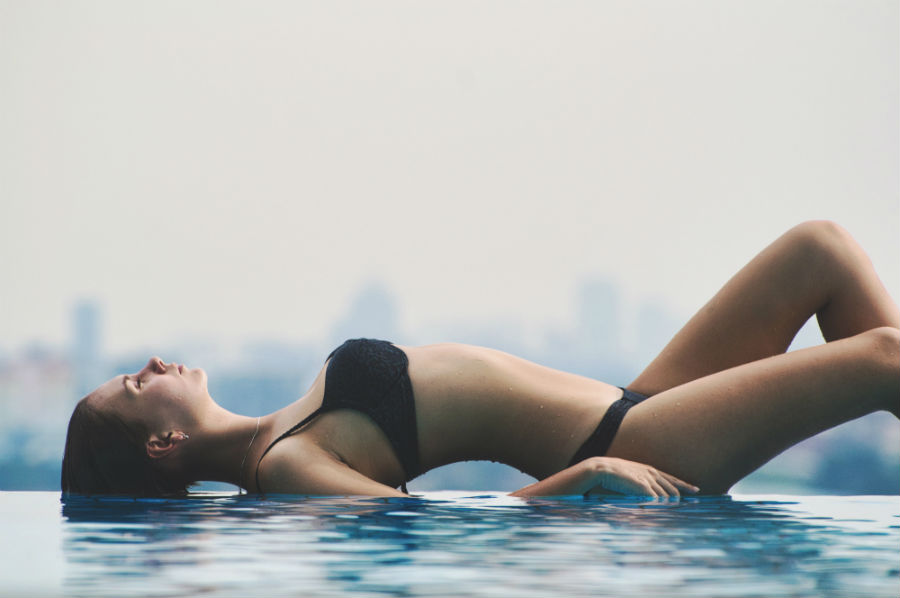 Camgirls are a great representation of how the internet has revolutionized many traditional industries. They have opened up new avenues for anyone to earn money from an industry, outside of what we recognize as traditional institutions.

In this case, these are women of varying ages who rely on the power of streaming to strip and perform sexual acts; either solo or with a single, or multiple, partners.

While to an onlooker camming may represent many things, to the girls, this is a way of earning money outside of traditional jobs and other nefarious means.

This means setting up their own equipment and working hours (yes, this is a job) in order to maximize the time they need to spend elsewhere, either in school, working a different job, or raising a family.

Women established this industry for a variety of reasons. The main reason, of course, is to earn a living.

The other one is time. Some cam girls may be full-time students or mothers looking to make some money in their free time. This means they don’t have as much time to work part-time or temporary jobs.

This is the first variable when trying to determine how much camgirls make. Since some of the most popular sites pay per minute, most people think the amount of time they spend online is what they are paid for.

However, from publicly available information, how much they earn does not correspond with how much time is spent online.

Now, here is where we stop looking at them as just simple camgirls performing sex acts on live streams and start looking at them as fully empowered entrepreneurs who have learned to wield the power of the internet to their advantage.

Spending time on camera is just one revenue stream for them. Camgirls make money in several other ways. Before launching into the other revenue streams though, the girls have to build a loyal fanbase. 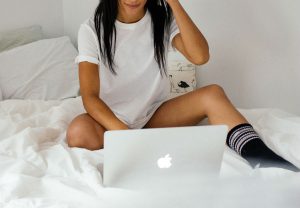 To the unassuming onlooker, this may look like easy money. Reality tells quite a different story. Many women earn nothing their first few tries, and on several occasions, even after they get the hang of it.

This is a cutthroat business.

A girl may have the physical looks to attract eyeballs but this alone is not an attribute that a girl can rely on to build a fan base.

It is up to the cam girl to find the niche she wishes to fulfill and start building a fanbase from there.

From these niches, a girl can now start scaling up to a pro level. However, since appearing on webcams makes for a limited income, most girls will then start branching out into other forms of paid media.

Some of the Income Sources They Rely On

As mentioned earlier, cam girls branch out into different sources as they build up their reputations in their niches. Here are some of these sources.

This is the entry point for most girls. These are the biggest earners for the girls as they may bring in up to $15,000 when done right. From here, the girls can scale up to other things that become different revenue streams.

There are two main types of sites. These are:

This is the first model of business that arose. Camgirls earn money for every minute they are hosting a show for customers who are paying. These sites include a free area where the girls can chat with potential customers and entice them into ponying up for a paid show.

The customer generally has to part with an average of $1 to $5 for every minute they are in that show. The site will then split the earnings with the girl in a range of 30% to 60%.

On bigger, more popular sites, the highest earners can make up to $30,000 in a month. These girls will have played the game perfectly, or even learned to game the system to their advantage. However, most girls earn a median amount of about $15,000 a month, whether on these big sites or smaller upcoming ones.

Camgirls can only make this average amount on most of the sites because they can only host one or two customers at a time. If a girl is booked then a potential customer is redirected to other girls who are available, affording them the opportunity to impress and build upon their fanbase. This can be a boost to them down the road when they decide to scale up to other potential revenue streams. 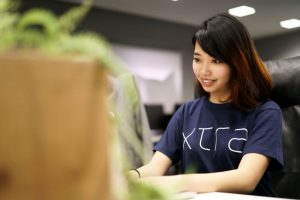 A downside to this setup though is the sites often discourage the girls from revealing information to their clients on how to contact them outside of the sites. This can result in a permanent ban. It does make sense that a girl would want to take 100% of the earnings instead of splitting them with the company.

This leads to girls sometimes prospecting on two different sites simultaneously in order to maximize their time. For example, when they find a paying customer on one site, they log out of the other one.

This may sound like a solid strategy. However, the most successful cam girls built their fan base by focusing all their efforts on one site.

Have you come across sites like Chaturbate and MyFreeCams? These sites offer viewers free public shows. The catch is, though, one has to tip the girls as the show goes on. If no tips are forthcoming, then the show is cut short.

The tips, known as tokens (hence token sites) are bought by the customer at rates between $0.08 to $0.20 on a sliding scale. For example, on MyFreeCams, higher cost tokens result in individual tokens costing as little as $0.01. The site then gives the girl up to $0.05 from every token bought.

Sites like these are very attractive to cam girls as the earning potentials are huge, in some cases even better than those offered by Pay Per Minute sites. When a girl builds a substantial fanbase, the earnings can be a major part of her revenue streams.

As is normal with any grouping of people, not everyone will participate in paying up. A cam girl has to be very careful and learn the system inside and out in order to maximize potential earnings.

If she sets the price too low, her target may be reached quickly, leaving many people to watch the show for free. If they’re placed too high, the viewers will think the goal will not be achieved and they end up not tipping.

These websites have made themselves irreplaceable to the girls. They do allow the girls to communicate with customers, thus allowing the girls to build their fanbase and increase their earnings potential. Also due to the factor of crowd tipping, other streaming services like Hangouts or Skype cannot entice the girls to leave those sites.

As the girls build up their fanbase, they may get requests from customers for custom-made videos. The customer lets the girl do her thing, but most of the time, they do come up with a script of their own for the girls to follow.

This is a good earning opportunity for the girl as she will sell the video to the customer for upwards of $10 per minute of the video. After some time has elapsed, the girl will put up the video for sale, most of the time at a substantially lower price compared to the initial price. 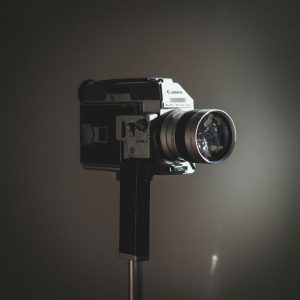 On sites like clips4sale, the sale to a crowd yields substantial income. Some of the more successful cam girls have reported that the total sales from both models can account for up to 50% of their total revenue.

With a substantial following behind them, the next logical step for the girls is to develop a website that they control. The revenue model for these is to have customers pay a recurring fee, either monthly or annually, in exchange for exclusive content like custom or scripted video chats, pre-recorded videos and private one-on-one chats.

The level of service offered will depend on the tiered package that a customer chooses. Higher tiers cost more, with some of the standard tiers starting at $30 a month for a single user.

Stars like Cherokee D’Ass and Sara Jay employ this model.

Being a cam girl is not just about sex acts. It’s about fulfilling the customer’s fantasies. It’s about being smart enough to pull in loyal spenders and keep them, so one can continue to earn from them.

Looks may pull them in the first time but it won’t be enough to keep them. The adult industry is filled with beautiful girls. And if beauty is the only asset on hand, they’ll be fighting a losing war.

The ability to foster and nurture emotional and intellectual connections with the customers is a big determinant in how much a cam girl will earn as time progresses. If customers only wanted to gaze upon naked women, there’s plenty of those on different sites, free of charge.

Humans are hardwired to want to form connections. Manipulating this bit of knowledge is the key to a cam girl increasing revenue down the road.

Not every cam girl is on an equal footing. Everyone has their own backstory as to how and why they got into the industry. Nevertheless, we can place most into three categories. 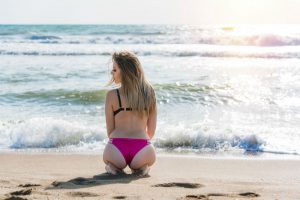 There are smart girls from all over the world. These have figured out a way to earn a living while still having enough time to pursue their interests and hobbies, and maybe even their fantasies.

Then there are the girls to whom life has not been a pleasant experience. The only way out of their troubles is to engage in sex work. Becoming a cam girl offers them higher wages compared to what they are earning. Further down the ladder, it could be pimps who take a large cut of the earnings and leave the girls with peanuts (if they do pay them at all).

There are many shady studios that use girls from poor and economically marginalized backgrounds to earn money. However, they pay them wages that are barely livable in those countries.

They use the excuse that the girls could not come up with the resources themselves and are in effect “doing them a favor.” These studios mainly operate in countries with vague laws and/or enforcement, or some breakdown in civility.

The country a cam girl is operating from is also a big determinant of how much they will earn. Americans are big spenders when it comes to paying for cam girls’ services. Therefore, girls based in the US will connect with their audience more easily than a girl based in Australia will, unless she’s a master of her craft.

So, how much do camgirls make? As we’ve seen, it’s not a straightforward answer. For those in good positions, this can range anywhere from $3,000 a month to upwards of $30,000. It all depends on how all the above factors work in favor of the girl, how good she is at her craft, and her discipline.